SO MANY THINGS came out this week, graaargh. 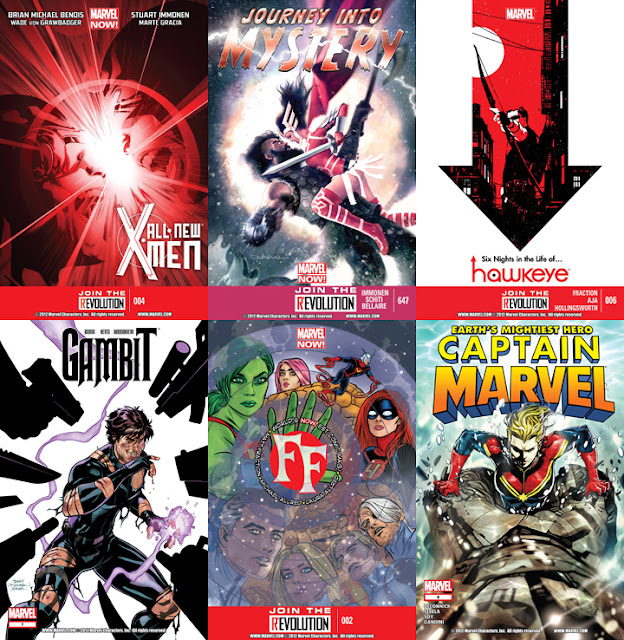 So I've been reading things in stages, obviously, and had to take a break to read some classic Dr Strange as well. In place of a well-written review please just go and read Hawkeye because it's incredible. We're back to art by David Aja this week: Also in place of a well-written review I suggest you check out writer Matt Fraction's write-up on the issue ( he did one for FF #2 as well) as it is like a DVD commentary and is excellent. It's pretty good. So far we've had giant evil bunnies, Death (or just a guy with an exposed skull maybe, you never can tell) and a weird "unreality" inside a crystal.

Also the original Defenders make an appearance and in the unreality dimension Valkyrie is their queen, which is pretty much perfect. For some reason I find it a lot easier to deal with the classic look of these stories as opposed to the X-Men ones, but maybe I'm just better at reading comics these days, who knows. They're simplistic, the writing is so weirdly hyperbolic, and the art is old but quite pretty to look at.

As for the other stuff this week so far the only other thing I bothered to make screencaps of was the shit in A+X that bothered me, namely the bullshit sexism in the Gambit/Hawkeye story:

But then I read X-Treme X-Men and was soothed by this: Apparently there is an alternate universe in which Wolverine and Hercules are lovers. Goodness.

I was also grossed out by this weird starwhale alternate universe version of Xavier: 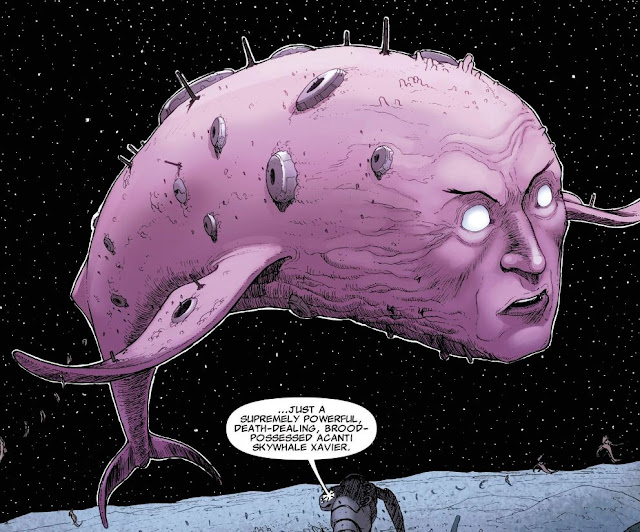 Maybe more caps later? I might just drown in comics before Young Avengers comes out in January, gosh that would suck. Dear Marvel please space out all this good shit in future because this week was really very stressful, love, Katy xx.
Posted by KettleBelle at 12/23/2012 10:17:00 AM