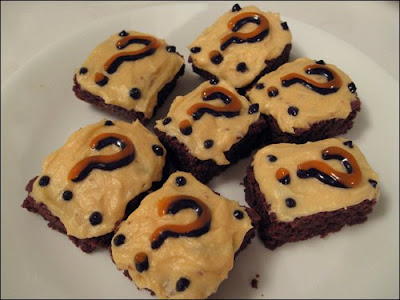 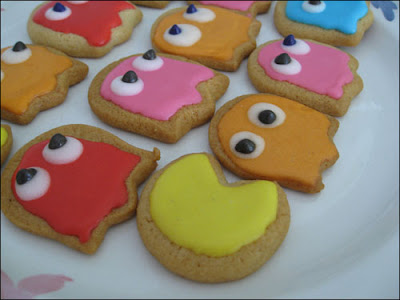 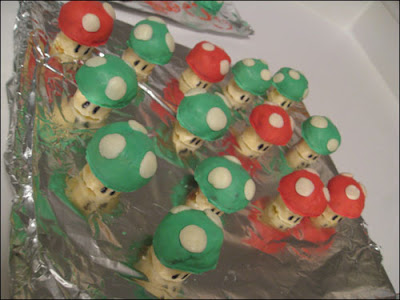 Goodness, I've been away from here for a while, eh? It'll take more than a few cobwebs and a layer of dust to keep me from posting today, though! So, let's see if she still works, then.

Hope y'all had delicious fun times if you're in to that sort of thing. I enjoyed my time spent with the family and got a whole bunch of awesome crap to boot. (Check my flickr if you're interested in all the USB gadgets and interesting books I scored.)

I'm just popping in before work goes back (briefly) to mention my upcoming projects for the summer. After following Miles Grover, captain of the Thinkin' Lincoln webcomic ship, on Google Reader, I stumbled across Snack or Die, which was buried within. What can I say? The man's got taste. And taste is what I expect I'll be doing a lot of, now I've got some hints for some deliciously geeky treats.

A few months ago I made a cake for a seven-year-old's birthday that featured an orange Half Life 2 logo. I actually made two, since I felt I needed a practise round. They both worked well, and as I recall they were eaten with relish. At the time, I had spent several hours searching for nerdy cakes, but ended up going with a google image search and a bit of my own creativity.

But such an approach is no longer necessary, thanks to the wonders of Snack or Die. In particular I liked the Mario mushrooms, Pacman and his ghostly friends, as well as the question blocks, but that's really just for starters. Check out the blog for more awesome nerd cookies, cupcakes and other assorted delectable items of nerdy goodness.
Posted by KettleBelle at 12/28/2008 02:44:00 AM