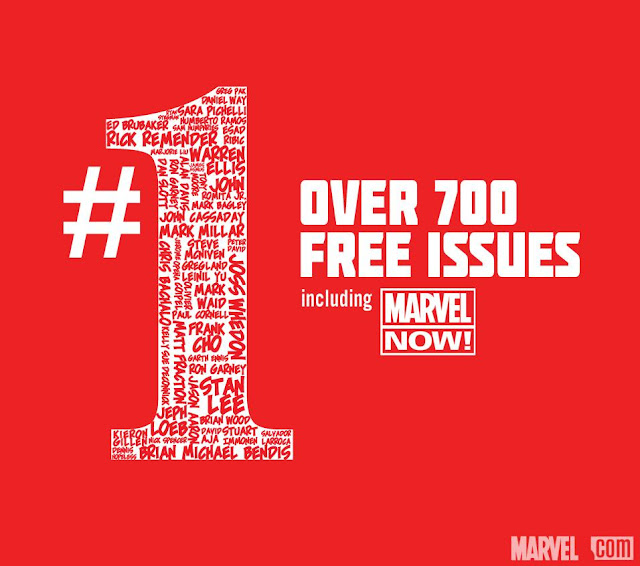 Been a while huh guys! Sorry about that. I got a job! And classes started up again. I've still been reading a shittone of comics but haven't really had the energy or motivation to review any :(

Today I'm here to get YOU in to comics with the amazing news that until March 12 (Tuesday) over 700 individual digital issues will be freely available, both via the Marvel site and Comixology. You can then read the comics in a web browser or on your tablet device, which is pretty neato!

The Comixology app seems to be running again after getting bombarded earlier today by presumably a bunch of eager comics fans looking to discover or rediscover some of the deliciously free #1s on offer. There are over 700 titles available for free and it can be a bit overwhelming but here are a few (ha ha haaa) of my recommendations.


In the NOW titles:
Acclaimed and Noteworthy:
Avengers:
Captain America:
Ain't nobody got time for those cosmic heroes (or Deadpool or the Hulk sheesh) let's move right along to