This week was not very exciting in terms of new releases, so I took the opportunity to rip through some of my backlog. Feels good, man!

First up I did a little bit of background reading in preparation for the upcoming new volume of Young Avengers from writer Kieron Gillen with art by Jamie McKelvie. An obvious starting point is a book they already worked together on, the Image Comics title Phonogram. 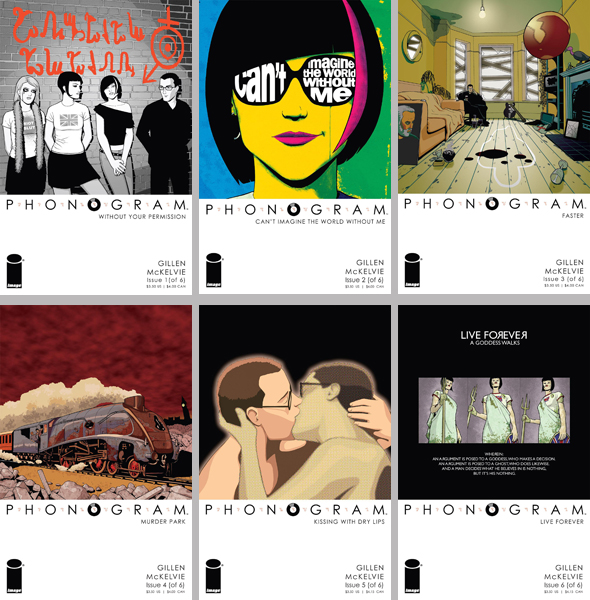 I read the first volume: Rue Britannia, in which phonomancer David Kohl follows a number of leads in order to track down the missing goddess of Britpop, a powerful entity he once worshipped. Along the way he must save the ghost of a woman who is still alive, try to remember which bands he hates, and use the power of nostalgia to travel back in time. All the while being a totally unsympathetic dickhead.

Maybe I'm too young to really appreciate this book, but the only character with whom I really identified was the grown up Beth, who had a civil service job, a stable relationship, and didn't really give a shit about music any more. 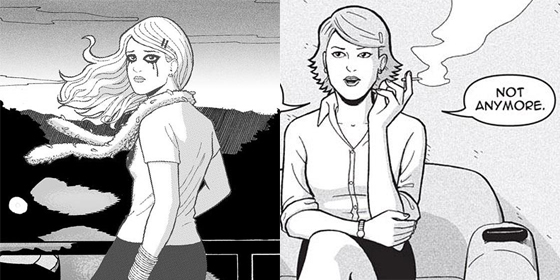 The first issue was good, I enjoyed the smug, self aware prickishness of David's judgemental assholery attending a "women-enhancing positive-role-modelling hair-clip dyke-friendly yes-i-like-dance-music-i've-got-a-le-tigre-album melange" of a music festival in order to tap magical energies, hear Lady Vox, and to get laid, "in reverse order of importance". He promptly gets the shit beaten out of him by an angry goddess, outraged at his shitty treatment of a fellow phonomancer (they hooked up and he was ungentlemanly). It got progressively less enjoyable from there, with a baffling trip back in time and then in the final issue Britannia is resurrected but David convinces her that she already lived her time, and there's nothing sadder than a failed comeback. I also liked the final few pages, where David meets with his friend Emily who had optimistically ordered him a drink for his return. As she points out, though, if he hadn't shown up, "a girl can always find a home for another vodka coke". 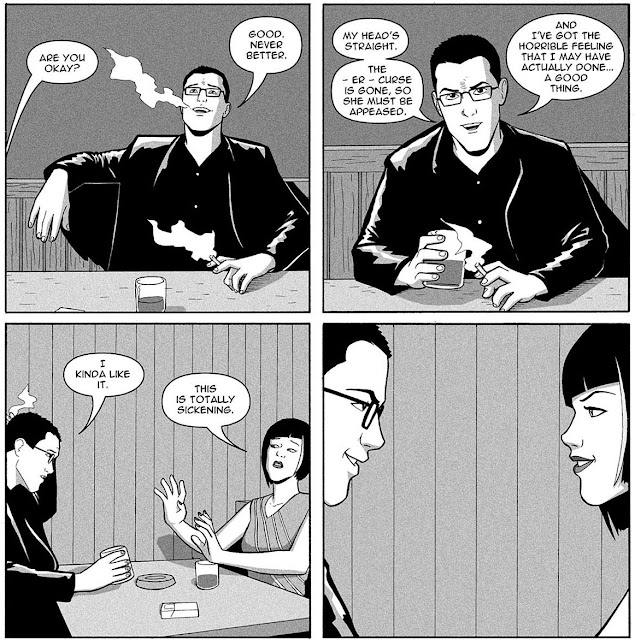 And then Beth hears a Manic Street Preachers song on the radio and it makes her happy and that's the end, because music is magic and can change your mood. There's a second volume but I think I've had my fill of this story. 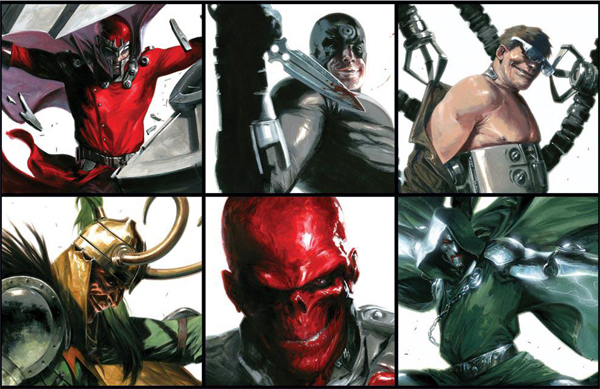 When it was announced that America Chavez (Miss America) would be joining the Young Avengers next year I made a point of getting more familiar with her character. This six-issue mini was recommended as she stars alongside the 'new Teen Brigade', a group of young heroes working behind the scenes to aid more famous super heroes. Chavez was pretty impressive, I gotta say.

Though confession I got kind of distracted by this kid, Ultimate Nullifier, who has ray guns that remove super powers for a short time, sick tats and who gets a face full of scarring radiation and doesn't break his stride. 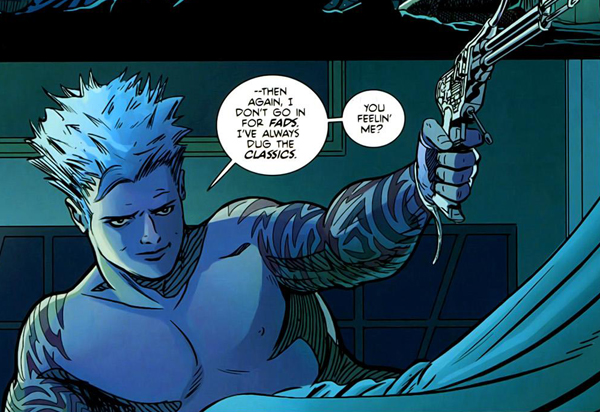 From what I can tell, Gabriele Dell'Otto drew six pieces of the Marvel Universe's biggest villains and they eventually found Joe Casey to write a story to string them together, and they became the six covers of the Vengeance arc. It centres around the notion of maintaining cosmic balance between good and evil, and Kid Loki shows up briefly to send Chavez to 'the sixth dimension' where she kicks major ass until She Hulk and Hellstrom show up to provide support. I really liked this story, I guess I just have a thing for dumb super hero books and ladies kicking the shit out of stuff while the men sit around lookin' pretty. /kanyeshrug 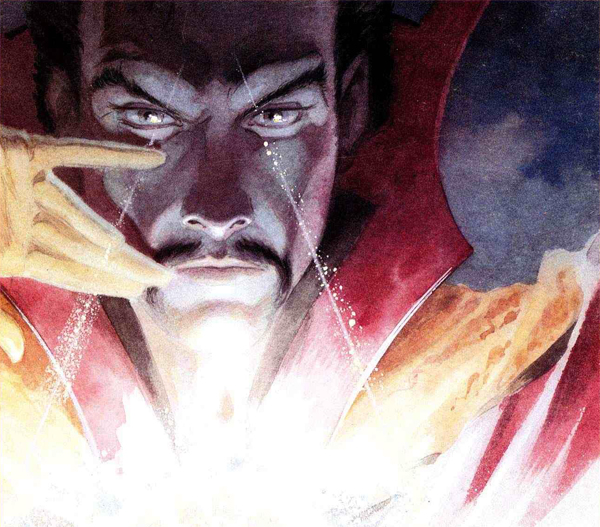 The story of this graphic novel is a bit meandering and existentialist but wowza is the art pretty. I made this entirely mature and sensitive photoset to demonstrate its artistic merit:


Stephen Strange, Sorcerer Supreme, is tasked with bringing about a new golden age of enlightenment and peace for humanity, only the price for doing so is quite steep: he must eliminate nearly the majority of the population. He grapples with the decision but, assuming he is being guided by his master the Ancient One, begins the work. Ultimately learning that life is nothing but a dream (????) Stephen realises the force driving him wasn't his master after all, and that the so-called golden age is already happening. I dunno man it was weird, just look at the pretty pictures. So, you know, if you're looking for a reformed playboy with a crapload of issues and angst, you might think Tony Stark is your best bet, but may I suggest Stephen Strange, Pimp Supreme. There's some totally necessary manpain in there too. I also read a lot of X-Men but I pretty much only capped a whole bunch of Scott and Logan being completely bitter exes assholes to each other, but I guess if you guys want I'll put those up...later.
Posted by KettleBelle at 12/16/2012 03:58:00 AM