Do I Hate the Cloud? 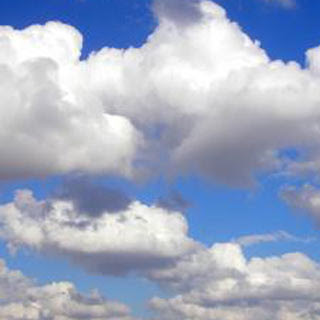 A post over at Lifehacker has been sitting in my mail for about a week now, waiting for the article that is in my head to get written. It's called Do You Trust the Cloud? and focuses on the risks and benefits associated with having a web-based presense. That's email, calendars, contacts, photos or data storage, that is primarily accessed via an online service like Gmail or MobileMe.

The "cloud" refers to the system of what Apple calls "push", which is where your mobile device or computer speaks to a "cloud", which is connected to the internet, so you're informed of updates like a new email, without the need for your email application to be actually open. The LH article focuses on recent outages and what you do when your entire digital presense just disappears whenever there's a hitch, but it prompted me to think more on a recent dilemma I have been experiencing lately, and that is: Do I Hate the Cloud?

I spent four hours in line for an iPhone, and I knew ahead of time that I was also going to get one of those fandangled MobileMe accounts, because I really liked the idea of using a web-based email program that looked like a native OS application. All things considered, it was not a problem I really needed to spend approximately $100 solving.

And now, instead of using Gmail, I use MobileMe. Or at least, that's the plan. My iPhone certainly beeps at me when I have a new mail, Blackberry style, but when I'm at work I tend to just have gmail.com open. Here's why.

At my work, we hotdesk. It is unpleasant for many reasons, but one of them is differing levels of insane user restriction. Some computers will let you install your browser of choice (Firefox 3) but not the flash plugin, some will let you install flash but it won't run with sound, some will let you do nothing of the sort, etc etc. I used to solve this by running Firefox Portable from a USB stick but MobileMe and FP did not get along. Not even a little bit. Seems that MobileMe needs a little too much juice than the USB stick can provide.

But apparently it is also taxing for some of the computers at work themselves, so I never know when I sit down what my day is going to look like. I also hate that MobileMe does not automatically filter messages into folders, like every other email solution has been doing for the last five years. Oh, and it hasn't got any web-based chat option like Google Talk, which is a great way to waste time in between news bulletins.

Apple needs to at least get folders and auto-filtering working, ASAP, as well as working out whatever causes all the hanging and freezing. It is a laughable to call this a syncronised or mobile solution to email.
Posted by KettleBelle at 8/18/2008 07:19:00 AM